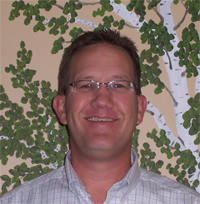 Drs. Mike and Melissa Mathes have been providing chiropractic health care to families since 1999 in Mechanicsville.  We are committed to the health and optimal wellness of families in the greater Richmond area.

First, Dr. Melissa, “When I was 13 I was diagnosed with chronic fatigue syndrome and juvenile rheumatoid arthritis.  My fatigue was so severe that it was all I could do to make it home at the end of the day and crawl into bed.  Feeling frustrated and concerned about my health and life, for years I tried all kinds of different approaches, none of them worked! A friend of mine convinced me to give chiropractic a try. I was reluctant at first thinking that chiropractic was only for people with bad backs, but soon discovered that it was so much more… The Chiropractor did an exam, took some films, and then took the time to explain to me that when the spine is not properly aligned it can interfere with the proper function of the nervous system resulting in all types of health problems because the nerve system controls all function of the body.

That was the cause of my symptoms, imbalances in my spine, which interfered with my nerves. The chiropractor then gently “adjusted” my spine using her hands. The adjustment didn’t hurt, it actually felt good. It made so much sense to me and worked so well that I decided to become a Chiropractor so that I could help people overcome their health challenges naturally, just as chiropractic helped with mine.”

Now for Dr. Mike, “I was in a car accident in 1988 that resulted in severe leg pain (sciatica) and low back pain and had also been a migraine headache sufferer since early childhood.  After being told that I may need surgery, I got serious about seeing a chiropractor.  My leg pain went away quickly and the back pain all but disappeared. And with regular chiropractic adjustments I haven’t had a migraine headache in years!  Melissa and I decided to go back to school together so that we could help families live happier, healthier and more productive lives without having to depend on potentially harmful drugs or surgery for their health concerns.”

Drs. Mike and Melissa have been licensed by the Virginia Board of Medicine as Doctors of Chiropractic since 1999.